Last week I went apartment hunting. Like full-on camo, survival gear, deep in the jungle hunting. I got a little obsessive about it. Looking back on that stressful week, I learned something about efficiency.

From the day we decided to move, I was neck deep in it. Our first apartment search after arriving in Ottawa was a frantic rush to get the first okay place. This time I was going to find our Goldilocks apartment. Just right in every way.

My home is also my office, where I spend a good part of every day, so it needs to be a good fit. Enough space, natural light, parking, and (surprisingly challenging) no creaky floors! On top of that I’m looking for the right place, in the right location, at the right price.

It is a big game of balancing trade-offs and I began searching day and night, looking through listings, hoping the next one would be the ideal apartment.

Of course I never found the perfect listing, but I spent seven days trying. 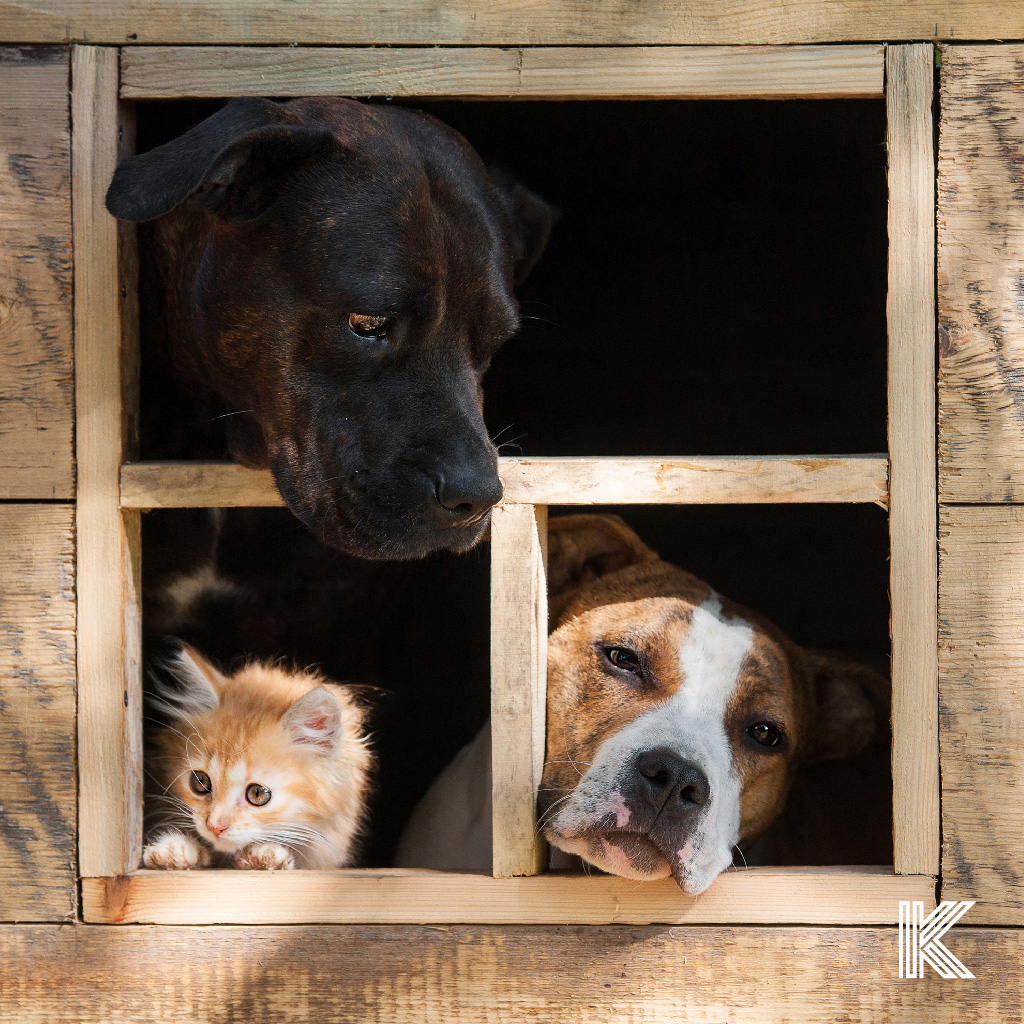 Surely there is a perfect home for me!

Monday: This Is Great

Apartment hunting? I got this! I’m good at this! This is my jam! It’s a game of listing criteria, sifting through data from multiple sources, and shortlisting the ideal candidates. It’s well suited to my accountant skill set.

I hop online, check out hundreds of listings, and send off a handful of requests for viewings. I’m feeling really good about taking action on this process, and feeling confident that one of those places will be our next home.

Tuesday: Just To Be Safe

I wake up the next day and think I better check to see if there are any new apartment listings I haven’t seen. Just to be safe.

There isn’t anything new, so instead I take a second look at some I passed by yesterday. Just to be safe.

I end up spending the entire day doing this. Considering different areas in the city, widening the net, and submitting a few more viewing requests. You know… just to be safe.

Wednesday to Friday: This Is War

I wake up, I check on my phone for any new listings. I get to my desk and search deeper for apartment options. I’m questioning my search filters, what am I missing?

My partner and I begin going to showings. This one is a 30 minute walk to the nearest anything, that one has old wooden floors which makes our every step scream with the anguished souls of a thousand demons.

I feel like each day means the good places are getting stolen away, snatched up off the market. I respond by trying harder, looking at ever more listings.

On Friday we finally see an apartment that feels right. We like it, it feels like it could be our home. We submit our application, and we are told they will get back to us Monday or Tuesday. *crossed fingers*

One more showing late Friday only reinforces that the other place is the right fit for us.

Saturday and Sunday: Everything is Terrible

What if we don’t get approved for the place? I better keep looking.

At this point in the game, more than ever, it’s about compromises. What am I willing to give up to widen my search? Less walkable neighbourhoods? Fewer bedrooms?

I’m feeling ever more desperate, feeling like the next place I find will surely be the obvious solution, and that compels me to continue the hunt morning to night.

Monday Morning: Put Me Out Of My Misery

I wake up knowing I have three apartment viewings scheduled today. I reach for my phone to continue the daily ritual and… hold up… what’s this?

In a rush of relief, I see we have been approved for that great place we saw on Friday.

With gleeful speed, I cancel the showings scheduled for the rest of the week, remove apartment apps from my phone, and close a whole lot of browser tabs. 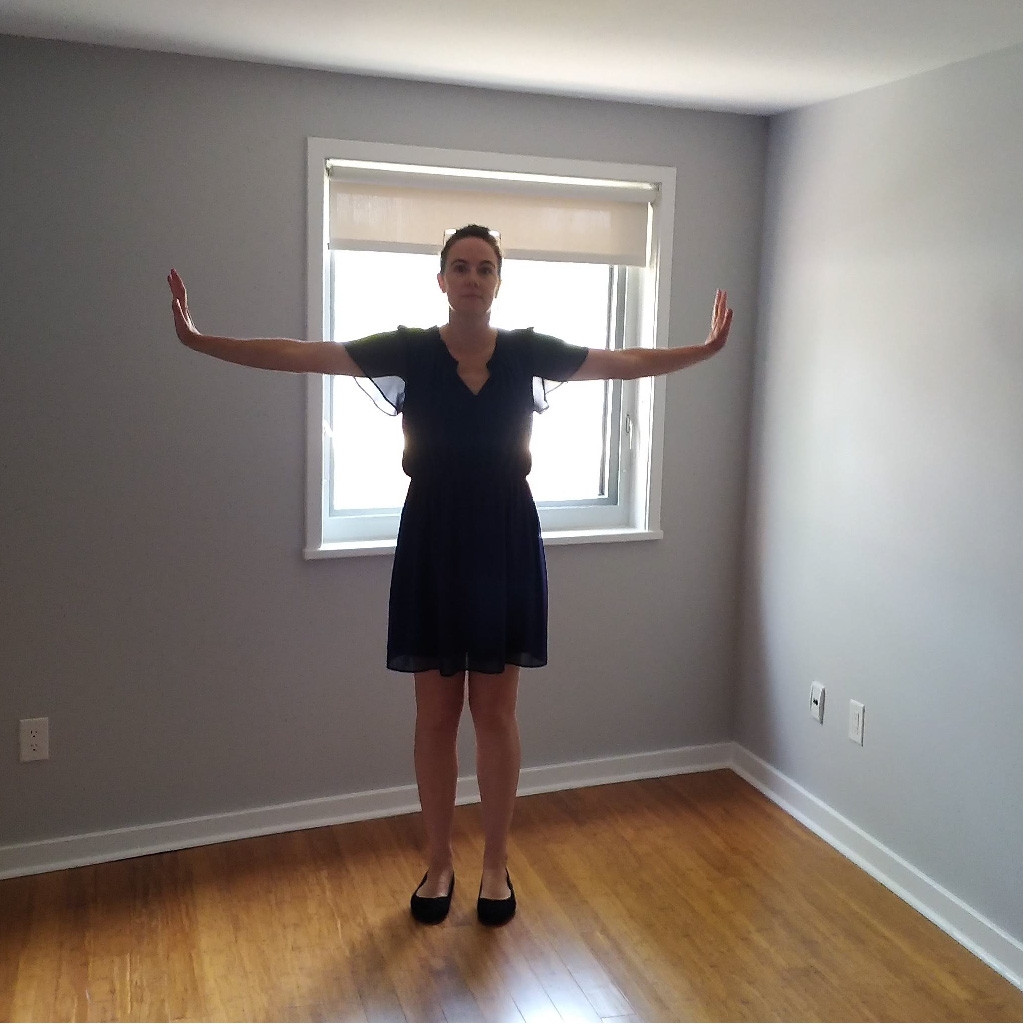 Testing the width of the room.

The Calm Without The Storm

The place we signed with was one of the very first picks, from day one. I had a brief feeling of peace thinking one of those would be our next home. I was right, in hindsight, but still spent the rest of the week trying to bury the anxiety with the busywork of digging through listings and scheduling more appointments.

As an accountant I’m always keeping an eye on efficiency, and this turned out to be a big fail in that department. A full week of my effort accomplished no extra benefit or result. I felt like I was racing against time, but without any feedback or results. How was I to know when I had done enough?

It turned out I spent 10% of my time on doing the thing, and 90% of my time on an unnecessary back-up plan. By that math I could have tried and failed nine times over and been equally well off.

I was driven by a fear of missing out, from a sense of scarcity that was mostly generated internally. Even if some apartments were getting “snatched up” there were an equal amount just becoming available.

The Pareto principle tells us that 80% of the result comes from 20% of the cause, and it is certainly true of this story.

The tricky part is that you don’t really know which is the magical 20% that will yield the big return until after it’s all done. However, in most cases you don’t need to know.

What if you always did just enough to get by? Does that sound to you like a lazy attitude? Like it will lead to a sub-standard result?

Here’s the thing. If you do just enough to get by, and it turns out to be not enough to actually get by, then you can give it a second round of effort. Very few things have a hard deadline, or are stuck in their “finished” state. You can almost always fix it, or improve it, as needed.

The alternative is over-planning, over-thinking, and trying to fix things before they are broken – they likely don’t need fixing in the first place!

I’m super excited about moving into my new home, and I’m sure it won’t be perfect. However, I’ll be able to adjust what I can, and if all else fails I can hunt for a new apartment next year. It’s certainly good enough for now!

Learn the 7 Accounting Mistakes Small Business Owners Make and Quick Fixes to Stay Out of Trouble!

Download my PDF report to help you identify potential issues, figure out why they happen, and learn quick action steps to keep your business growing forward.